Out of Thin Air: The Broken Beauty of Kate Spade and Anthony Bourdain 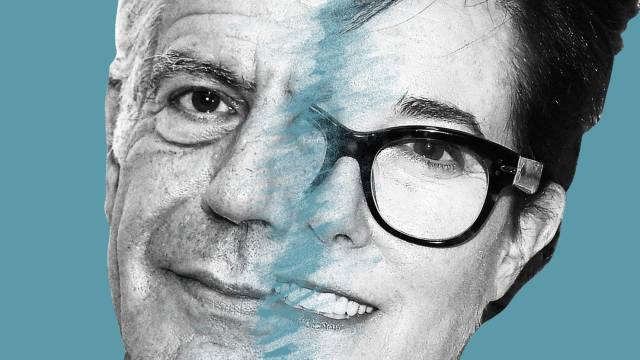 THE MOMENT WILL COME when you know more people who are dead than who are alive.

It will happen fast. It will be unexpected, like being in room that’s slowly leaking oxygen. You won’t sense anything strange is happening until suddenly you’re no longer able to breathe.

This has been a year for catching our breath. This week alone – Kate Spade, Anthony Bourdain – has reminded us not only of our fragile mortality but of our overwhelming power over it. Suicide rates in the US are up 30 percent since 1999. Americans may lag behind other countries in other areas, but we are getting really good at killing ourselves.

Suicide is the last bastion of control when you feel your life has anything but. Some might call it selfish – taking your own life and leaving your family to deal with the grief. In some ways suicide is  the ultimate selfish act.

But that’s not for me or anyone else to say. We can’t petition the dead and know for sure. So instead we mourn, we pray, we publish suicide prevention hotline numbers and we post treatises on social media (yes, like this one) and we cry and we wonder why.

And we never notice the air leaving the room.

I admit, I’ve always had a philosophical problem with the term “mental illness.” I get it on a medical and health level, but in the grander scheme, I’ve never met anyone who wasn’t a little broken in some way or another. Failure, tragedy, disappointment – these are the qualities that make humanity better. They are what make us human in the first place. Our brokenness is what keeps us going.

I’m as broken as anyone else. Without getting into the gory details, I’m driven near madness daily by the noisy remnants of a tumor that won’t let me go. I can’t stay in a hotel room unless it’s an even number. I can’t start a meal until I rearrange the silverware and plate a couple times. It makes no fucking sense yet this behavior is the only thing that keeps me sane.

I’m broken, we’re broken. But being broken isn’t the same as being beaten. Being broken means we need each other. It means we are messy and unpredictable and strange and lost and centered and crazy and alive, alive, so very much alive.

Suicide isn’t an answer. It doesn’t fix what’s broken. It just leaves more pieces for others to pick up and try to put back together.

Nevertheless, I know that someday, the moment will come when I know more people who are dead than who are alive.

But I’m not ready for that moment, Not yet. I’m not in a hurry. Yes I’m broken, and the air is getting thin, but I’m still breathing.

This entry was posted in Uncategorized. Bookmark the permalink.

1 Response to Out of Thin Air: The Broken Beauty of Kate Spade and Anthony Bourdain