Finally, I Can Tell Everyone the Truth 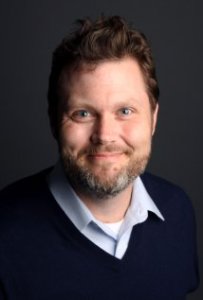 I’M OCCASIONALLY ASKED ABOUT MY FAMOUS HIGH SCHOOL FRIEND, the one who starred on Saturday Night Live and in numerous movies.

Yes, I knew him – not close friends, but friendly. Yes, he was funny, but so were countless others. We were immature kids in the ‘80s living sheltered suburban Orange County lives; we thought everything outside the city limits of Irvine was funny.

Soon, however, I will start getting asked about my other high school friend.

The one who had a better relationship with his comic books than with his father. The one who was homeless for a night and paid his way through his early life working as a waiter, a country music DJ and countless other jobs that kept him alive while his dreams lay buried.

Today, as I watch my friend resurrect those dreams and set them loose upon the world, I know the truth. About what really happened all those years ago.

The truth is, those dreams of comedy success weren’t really buried.

In fact, they saved his life.

The son from a broken marriage has now been a loving husband for more than 22 years. The boy who grew up without a trustworthy father figure is now a dad to a beautiful daughter, with the talent and grace to match the love he pours into her.

And the man who lived with constant rejection is about to start shooting a major Hollywood movie he wrote with two other friends who, like some of us way back when, believed in him even when he may not have believed in himself.

So now, with filming about to begin and a new phase of his career about to be born, I just need to say it.

Your passion and love of comedy saved your life, but your joyful stubbornness not to give up changed mine.

I doubted my decisions every day; you never did. I wanted to be depressed because of a tumor that left me incomplete; you didn’t let me. I wanted to pretend that I was alone creatively and that no one understood; you never mocked or chided.

You were just there, always there, with a word or a laugh, a good story or sage counsel. No matter what was going on with you personally, you were always available – physically, mentally, emotionally present.

You are my brother. You changed my life – and now it’s time for you to change others.

Steve Mallory. “Stevie” to me. Remember that name.

Oh, and that famous high school friend? He’s a producer on Stevie’s movie. And no offense to Stevie’s business partners Melissa McCarthy and Ben Falcone, who are starring in and directing the movie, respectively – but to those of us from the University High School Trojans family, this is and will always be Stevie’s movie.

Ask me about Stevie all you want. Better yet, go watch his movie, support him, and laugh your ass off.

If you’re lucky, he just might change your life too.

This entry was posted in Uncategorized and tagged movies, steve mallory. Bookmark the permalink.

2 Responses to Finally, I Can Tell Everyone the Truth