In Search of the “News Particle” 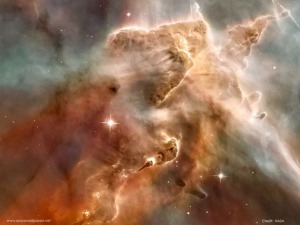 Scientists this month said they are a step closer to finding the Higgs boson, commonly referred to as the “God Particle,” which is widely believed to be the key building block of, well, the entire universe. The God Particle is what allows matter to have mass – in other words, what allows matter (and us) to exist at all.

Confirmation won’t come until 2012. In the meantime there is another search underway, certainly not as grand as the key to matter itself yet perhaps just as important to our existence.

I call it the “News Particle.” It’s comprised of curiosity, direct questions and cogent thinking. And while it’s not completely disappeared it’s nevertheless endangered.

Before news can be curated, aggregated, fed or tweeted, it must be reported. Truly reported, not regurgitated from a press release. You have to talk to people and find the News Particle that separates a real story from just another pebble in the stream.

This is not about “old” media vs. “new” media, or a plea for more idle times. In fact there has never been a better moment for news or the news business (I’m in the minority here, but history will bear this out.)

Moreover, community participation in the news gathering process is critical and welcome. We need citizen journalists as well as “journalist citizens” who speak for and are involved in their communities. Journalism, at least the best of it, has always been social.

But being able to shoot mobile video and use a social network doesn’t make someone a reporter any more than giving the police information about a crime makes someone a cop. Reporting and police work require something more, not the least of which is patience.

The more we move away from paying journalists to do their jobs, the more we stop bloggers from getting at the truth and exercising their First Amendment rights, the more we tip the balance away from true hunters of news to and toward simple gatherers of information. The News Particle ceases to exist.

An old Society of Professional Journalists ad campaign once asked, “If we don’t tell you, who will?”

We are now finding out. And the answer is not good, for any of us.